Not everyone is tech savvy 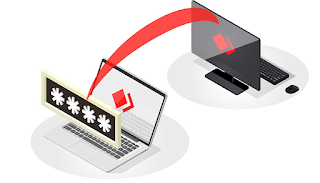 I don’t know about you guys, but several of my clients are, shall we say, less than IT-savvy and, while they try to overcome their technical shortcomings, quite often they fail.  In these cases, where they need immediate support, you have the choice of downing tools and visiting them on-site, which is not always practical, if possible, or taking over their PC/laptop and observing at first hand what they are actually doing and, if necessary, showing them what to do so the next time they have to do it they have, at least, the knowledge (if not the aptitude) to do it themselves.

Having been in IT for many years and having had to support remote users on more than several occasions (including overseas users from the USA to Israel), I have experimented and used many such remote access products including (among others) LogMeIn, TeamViewer and, my current fave, AnyDesk.  Being a cheapskate, as I was using the software less frequently than now, I opted for the non-commercial usage licences which are generally free, but the usage is monitored, as I discovered when TeamViewer kept telling me they didn’t think I was using the product for personal use and would I mind buying one of their (extortionately priced) licences?  LogMeIn went the same route.

I declined both the offers to clear out my wallet and moved on to another product.  AnyDesk.

Again, AnyDesk can be used gratis but it got to the stage where the pangs of guilt kept prodding my tight-fisted nature that perhaps coughing up for a pucker licence was the right thing to do.  They were doing a special deal for the first year but, even without the offer, a licence with them was far lower in cost than with most of the others.

To make sure I was going to invest in the correct level of licence, I sent the sales team an email.  A couple of hours afterwards, they called me (from Germany, where their HQ is based) and we discussed my needs, during which conversation the guy asked me why I was actually buying a licence as I would have been able to use the free copy indefinitely, to which I responded that it would have been unfair of me to do so in a commercial rôle and that I was so impressed with the product I felt it only right to make sure that I had contributed to future development.  He said I’d made his day, and that I was probably one of the few honourable people left in the world (which made MY day).

I know the above was less about the software itself (it’s a great product, by the way, and so useful and easy to use) than the use of the software but playing fair with small businesses, in whatever their commercial sphere, helps make the world go around.

For bookkeeping services tailored to your needs, click here