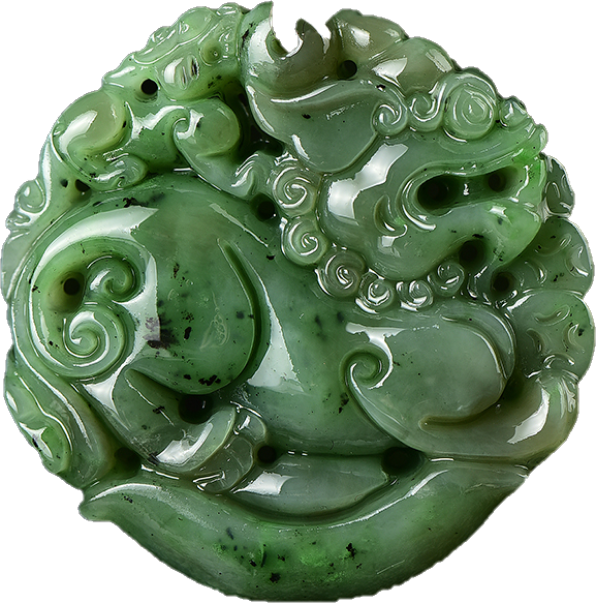 For those of you who may be interested in how I developed into the cynical, jaded (almost) human being that I am now, I thought I would resurrect an article that was authored by me and published in a long since defunct computer magazine. I have slightly modified the text to bring the article into context, but 95% of the text is as published, albeit that the magazine published the text in the wrong order (from a WordStar file composed when I had hair on my head): 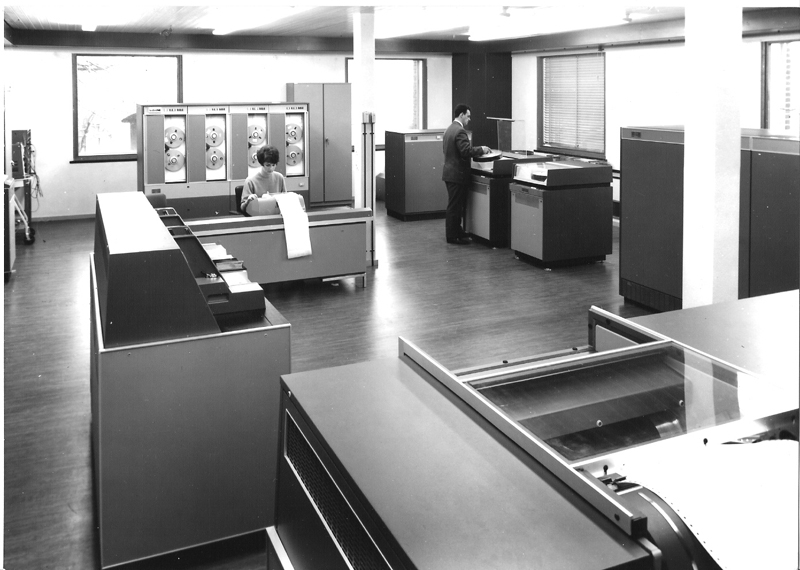 To give you a little background, I had a burning ambition as a child to become a dentist. OK, so I may be on the sadistic side, and so what if my hands shook a little? I knew from the age of 7 years that dentistry was my goal. Naturally enough, when I had my first session with the careers officer at senior school, he advised me to become an interpreter, but that's another story. The school I was attending had what they called a computer – we called it an adding machine with power as all we used it for was to find square roots, and we were not allowed (I don't really think it could be done anyway) to program the thing. 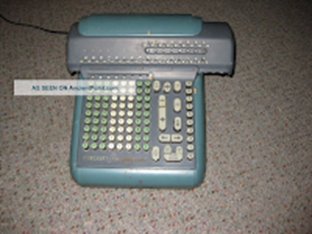 Came the A level results, off went my ambitions, sailing violently away into the atmosphere with the resounding raspberry you get from an unknotted balloon being released.

What could I do – go into business with my father selling curtains for the rest of my life? No chance: I'd seen his varicose veins from standing up all the time! So off I toddled to the Youth Employment Exchange where I was placed on the THEN Professional Executive Register (impressed, eh?). I was given all the spiel about there being plenty of opportunities for a bright lad such as I to go into the wide world and make my mark, but in the meantime perhaps I would like to fill out an application form for the civil service... (Incidentally, have you ever filled out one of their forms? about the only questions they don't ask are have you died and if so when!).

For a couple of weeks I lived the life of an unemployment statistic, pigging out every day on a diet of my parents’ larder contents and Sesame Street on the telly, when a call from the Youth Employment Exchange informed me that I had been put forward for a job as a trainee operator with a Computer Bureau (No names, no pack drill but the pay was, and probably still is, lousy). “Of course,” I said, “I've never seen a real computer up close, but I must be the natural choice for the job because they are looking for a pimply-faced youth from a retailing background to be the scapegoat for any foul-ups in the field of computing!”

Anyway, despite my misgivings an interview was arranged for a date a fortnight later. I put the phone down. Not five minutes later the phone rang again – okay, I thought, so they don't want me after all, at least they called back. No, it wasn't them, it was my ENT specialist, saying that a bed had become available in a nearby hospital so I could have my nose operation done. (I used to be the goalkeeper in a hockey team at school and broke my nose several times by heading the ball away, which was probably a silly thing to do but seemed like a good idea at the time! No, really, it's perfectly true). The ENT man gave me the operation date – the week before my interview.

So, there I was sitting in the office of the Operations Manager of this Bureau, with my new suit with the 28” flared bottom pin-striped suit, 2" platforms and a blood-caked, full plaster-of-Paris dressing over my forehead and nose, a couple of beautiful shiners and a cup of tea trying to get myself a job as a computer operator.

It may be that it was the result of my aptitude test that got me the job, coupled with a good analytical mind and logical procedure training from my experience in scientific subjects at school. I like to think it was a mixture of pity for my state of appearance on the part of the Ops Manager (everyone kept offering me a seat on the tube on the way to the interview), coupled with the fact that I was about 2 feet taller than he was and about 100lbs heavier.

Whatever it was I got the job. I was to arrive on my first day in gainful employment at 0900hrs, 8th of October 1975. Not wanting to be late, I got there 0700hrs. The Operations Manager was off sick (I think alcohol poisoning was mentioned, but I was a bit naïve at the time), but I was told by the receptionist that my new shift leader would be in by 0900hrs, and would I like a coffee? 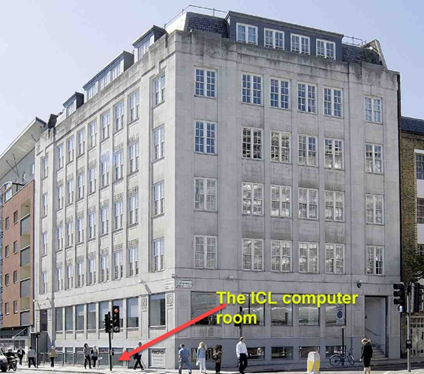 Five cups of coffee later, in strolls my shift leader (to whom I shall refer as Brian for reasons of libel and my own safety) bang on time at 1100hrs, whereupon he starts haranguing me about the perils of driving in from Peterborough; the traffic accident he had just had; the state of his trousers which had ripped across the knee when he was having his fight with the other drivers. While all this was going on I sat marvelling at the width of his Afro hairstyle and wondering how much was hair and where his head actually started.

After about 10 minutes of him ranting and raving about his life going down the tubes, he stopped and suddenly asked “Who the @*££ are you?"

Formal introductions having now been made, I was shown the complex workings of this hive of industry, the computer room. I must say at this time that I was extremely disappointed at the appearance of my first computer room. As I mentioned before, never having seen a real one, I was devastated to find no white coats, clipboards or flashing lights. Instead, there was the kit, an ICL 1902A 32K (WOW!) processing unit, with two EDS 30 drives, disc controller, a bank of four 7-track tape drives, a 300 cards-per-minute punched card reader and an electric, manually operated tape punch.
Centre stage was a Lytton teletype set on top of a box of 17" computer paper. 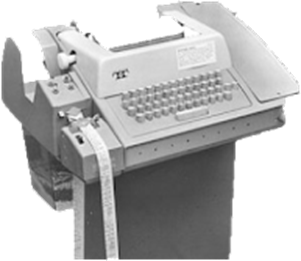 You old computer lags will remember those – they're the ones you used to break your fingers on trying to press down too quickly on one of the keys.

“Chair?” I thought. As if he had read my mind, Brian said “No point looking for a chair, we don't get time to sit down here.” We carried on looking at the equipment in this goldfish-bowl of a computer room stopping briefly for Brian to explain to me that the bowls on the CPU had been strategically placed to catch the overflow from the air-conditioning unit above it, and finally came to the 1933 barrel printer.

“Ever seen one of these?” asked Brian. I gave him a sheepish “no,” probably the only time I allowed him the opportunity to embarrass me. He proceeded to give me a particularly condescending, patronisingly basic explanation of the workings of a barrel printer, taking off the covers to show me where the hammers were, how to change a ribbon, and so on. Then he asked me if I would like to see it work. He went over to the console and, subsequent to several expletives, managed to type in a command to output a file to the printer. He then developed a sardonic leer, with a distinct glint in his eyes, which I foolishly mistook for pain due to the bruises sustained in the earlier fight.

I was standing to the right of the printer; Brian was in front. 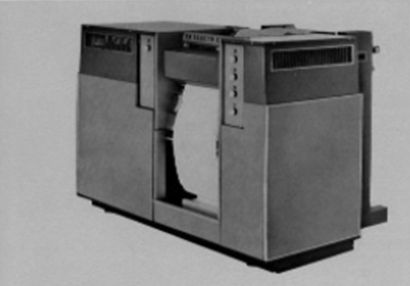 “Lean over, you'll be better able to see how the ribbon moves and the barrel spins.” I complied – it was all very interesting to me, so much so that, when he came round and stood to my right to point out the various mechanisms, I didn't notice that he had somehow managed to grab the end of my stylish kipper tie and had surreptitiously dropped it into the printer.

The ribbon and barrel continued on their relentless course, my tie followed, and the first indication I had that something was amiss when was when I felt myself being drawn inextricably down towards the ribbon and heard Brian guffawing instead of commentating. I pointed out my predicament to him, whereupon he preceded to roll about on the floor, holding his stomach and gasping for air. My newly fixed nose was about a half-inch away from being inked when I managed to reach around to fumble for the hold button. Having pressed this, I pleaded with my new-found colleague and friend (huh!) to help me out...

“No way, mate, I'm off to the pub for my lunch. See ya!” he said, and, with a cheery wave, he disappeared from sight. 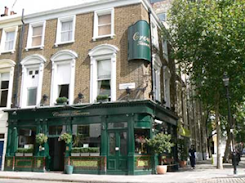 Earlier, for those of you still awake, I mentioned that the computer room was like a goldfish-bowl.

This was because along three walls were half-glazed partitions:

One was so that the Operations Manager could see if we were slacking;

A second was for the shift leader the see out of the back of the machine room to observe his underling in the process of amputating his own fingers by improperly using the form-burster (a fast-moving guillotine machine designed to split multicopy stationery into its constituent single copies); 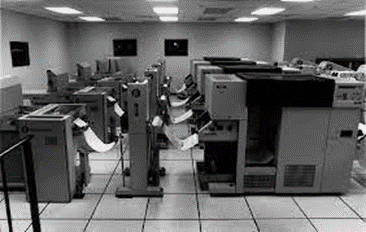 And the third wall adjoined the punch room, housing a bevy of female punch operatives, who were now wetting themselves at my plight, pointing and laughing at me.

This, then, was my baptism of fire into computer operations.

Is it any wonder I evolved into the warped cynic composing this epic?