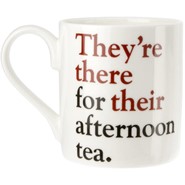 This is a rant on the state of literacy and the misuse of grammar and punctuation in social media posts (in particular), and the lamentable lowering in standards of previously admirable broadcasters and their on-screen “talent”.

One that really grinds my gears – the pronunciation of a hard “h” when using the letter in an acronym, for example saying "haitch" when talking about the “N haitch S”, which seems to now be the norm ( I know that language is evolutionary but…).  Every dictionary defines the spelling of “h” as “aitch” – so where is the leading hard “h”?  Go to almost any country in the world other than the UK or Ireland and they’ll look at you with raised eyebrows for aspirating the letter.  It’s only been for about 20 years that this abysmal habit has squeezed itself into general societal discourse. Ugh!

Then there’s the abuse of the apostrophe where there shouldn’t be one, especially before an “s”.

People, the apostrophe is there to abbreviate two words (where appropriate – “it’s” for “it is”, for example) or for indication the noun’s possessive quality, as in “noun’s” – meaning the quality belonging to the word “noun” in this case.  It depends upon the context, but the apparent lack of knowledge of some of the correspondents I observe online can only lead me to the conclusion that the "three Rs" are no longer being taught in schools (as opposed to “school’s” – do you see what I did there?).

Then there’s (there is) the misplaced there/their/they’re; it’s/its; weather/whether; to/too/two; your/you’re; and as for “could of” when it should be “could have”, don’t even get me started…

I’ll admit that I’m of an age where any use of the above in the wrong context was usually received with a flying board eraser or, at least, a downgraded mark on the work.  Nowadays, it seems that the lack of attention to the use of punctuation and spelling is an acceptable habit, however bad.  There is no excuse, though: if you’re composing a missive on an electronic device, there are usually spell-checks and grammar-checks in-built to the software being used.  Some of the postings I have (I’ve) seen on Facebook and Twitter are so badly composed and poorly proofed that they are all but unreadable, with the usual excuse, when the author is called out for the errors by the grammar police who point out the errors (I’m not one of those, by the way – I just tut and shake my head, unless the offender is one of my offspring, the response to which is usually an audibly pronounced “Da-aadder”) is that the author is dyslexic, although why this is a valid reason for the lack of ability to use the technological spelling devices to correct the errors prior to publication is beyond me.

There are lots more to highlight, but I’ll keep that for another rant – suffice to say, the moral backbone of society is crumbling, in my honest (and ancient) opinion.

P.S. The only words in this article which were highlighted by the spell-checker were “Da-aadder” (a deliberately corrupted form of “Dad” for the purposes of explaining how my daughters would say it), "Rs" (another deliberate format) and “haitch”. Funny, that. Is it not?