Having progressed as far as I could at my first job, where I was still being paid as a trainee, even though I was frequently sent to a satellite office to supervise the operator there when there was a staff shortage, I decided to move on.  My decision was prompted after an episode in the satellite office when I informed the resident operator that the data we had been sent from a supplier had been inadvertently been written backwards on the tape that we had received, and that he had to load the tape in reverse by switching the take-up spool to the top spindle and loading the “reversed” tape onto the take-up spool.

This action should have been rejected by any operator worth his salt, as it would have been impossible to load a tape in this manner, but this guy tried at least ten times before realising he was being wound up.  I say “at least” as, after ten times, I had slipped of my chair and onto the floor, clutching my sides and gasping for breath from laughing so hard.  It was at this point I thought that I deserved a raise (being a more skilled operator than my subordinate) and that I had to leave to achieve this.

A brief (two months) stint at a stockbroker, where I joined the same day that the company was making many redundancies including the Operations Supervisor who interviewed me, which sort of made the object of hate by the other IT staff, I interviewed for an American bank as a shift operator. I turned up an hour late for the interview due to me waiting in a similarly named bank to discover that where I thought I was wasn’t actually where I should have been apparently had no effect on the interview – it seems I wasn’t the first and, as this was before the advent of the mobile phone, forgiveness was the watchword so I got the job.

The computer room was more compact than my previous experience but had a lot more equipment in it. Having been a banking hall before being converted into a computer suite on the ground floor, it had a basement in which was installed a full-on banking safe which we used as the tape and disk store (also a bedroom - see later episodes), a mini-elevator to transport the tapes and disks up and down to the computer suite, and a mini-kitchen.  It also had a fire alarm system that was silent but which connected direct to the emergency services when triggered. Keep that piece of information in mind for later…

The front door was glass with mirrored backing so that we could see out, but unless you put your nose up to the glass and sheltered your eyes from any backlight, you couldn’t see in.  This made for some fun times watching people come up to the door to fix their hair, tie, dress etc and then getting the shock of their lives when we banged hard on our side of the door. We also had fun with the locals by taping a pound note (yes, THAT long ago) onto a piece of string and sliding the note under the door so that it was visible from the street, and then whipping it back under the door when someone came and attempted to pick it up.

The offices were leased from a large government department. I recall one time seeing a car parked in front of the access gate to the car park when I was trying to get in. I pulled up and then got out of the car, went up to the one blocking the access and knocked on the driver’s window. No reaction.  I knocked again. Still nothing. I then knocked on the back passenger window, which was rolled down and I immediately enquired, sarcastically, whether the occupant owned the building.  The occupant leaned forward out of the darkness of the rear seats and said “Well, technically, I suppose I do”. It was the then Minister of Health and Social Security. To give him his due, he instructed his driver to move so I could get in, but I still wouldn’t vote for him, or his party.

Earlier in this piece, I mentioned the fire alarm. The mechanism was stored in a metal box, secured with a key that was left in the lock to deter tampering. This did not have the desired deterrent effect on one of the trainee operators – I’d state here that a trainee operator is usually considered a trainee for six to nine months, but this particular one we maintained as a trainee for well over a year. Not the brightest bulb in the IT pack.  Having said that, he went on to be a psychologist after he left us, so he wasn’t thick, just not the right stuff for IT operations.

Anyway, Luke (as I shall call him) was fascinated by the inner workings of the alarm box. He opened the secured door and, to his delight, he found that if he pressed a push-button on the unit, the mechanism whirred and oscillated its cogs. We told him not to do it but, as it was a slow day and he had the attention span of a stalk of broccoli, he ignored us and stood there for several minutes, pressing the button and watching the mechanism cycle, over and over again.

In the meantime, there was Luke, still happily pushing the button when the first fire tender vomited its crew onto the street and, while the hoses were being readied the lead fireman came to our door and banged hard on the glass. Luke ignored the banging, preferring to continue his button-pushing, and it fell to me to attend the door. I opened it and asked the fireman what was the problem?  Turned out that, every time Luke pushed the button, the reset sequence then sent an alarm signal to the emergency services. Several signals later it was assumed that there was a massive fire in the building and, as I said above, we were leasing from the Ministry of Health and Social Services, I guess they were there to save the minister and his minions. 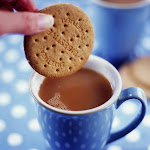 Having explained the cause for the alarms, I don’t think it was unfair to make Luke supply the teams from the four tenders with tea and biscuits although, to their credit, three of the four tenders return to real work, while the lead fireman (mug of tea in hand, accompanied by a plate of McVitie’s Digestive bikkies) gave Luke a suitable dressing-down on the benefits of listening to his shift leaders.