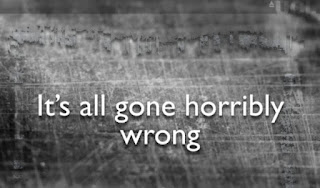 Carrying on with my career, another client at the bureau was a magazine for the Arts, whose customers included several high-profile names: actors/actresses; politicians; CEOs; members of the Royal family.

Our job was to take the data supplied to us by the publisher client, sort them and then print them out on pages of sticky labels on that damned ICL 1933 printer (I HATED that machine - noisy, dirty and, as I stated in the "Tales from an old computer bod - how I got to be a cynic" blog, definitely vindictive).  We received the data on a series of multi-platter hard disks called EDS30. 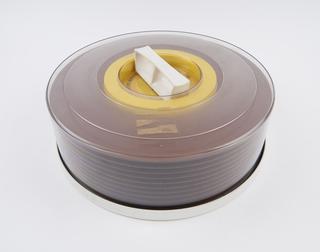 These stored a massive (!) 30mb of data.  No, that wasn't a misprint - the graphic on the left here was a single EDS30 (more or less) that held 30Mb of data - they weighed a ton and were very susceptible to damage, especially if dropped!

We liked this client coming in to deliver the disks, as the driver invariably brought with him a case of 24 cans of Carlsberg Special Brew which he helped us quaff, as the run took at least two or three hours and he usually waited around to take the printouts (and disks) back with him.  Normally, the disks worked without any problems but I remember one occasion when the disks were delivered in a black plastic drive, as usual, and the driver settled himself down in the Ops room and opened a can, while we loaded the EDS30 packs onto our two disk drives and then fired up the job. The processor returned an error code indicating the data was corrupt.

Odd, we thought. So, we unloaded the drives, swapped them over and tried again.  Same thing.  We stood there, poring over the issue and wondering if there was something we had done wrong to cause the problem, but we followed our processes to the letter, and we'd done it so many times before that we could literally have done it with our eyes shut (we didn't do that, however, as our mischievous natures would have been too powerful not to trip up whoever was carrying the disks to the drive).

We went back out to the Ops room to impart the afflicting intelligence to the driver.  He scratched his head for a while, during which time I asked him if there had been any problems on the way over.  He then told us that, while he would normally have driven them to us, this particular time the van had broken down the previous day so he used the London Underground system to bring them.  Bingo!  The transport system uses high voltage and (at the time - probably still does) causes a radial magnetic field while travelling which had scrambled the magnetic data on the disks.  6 months of work, literally down the tube.  No backups.  So, we had more work from the client to run the previous 6 months' data to get them back up to date - fine by us, as we got paid, but I reckon the driver was lucky he kept his job.

hile I’m boring you with tales of EDS30s, I thought I’d recount how sometimes one can take one’s own life into one’s hands when entering a computer room, especially the one I worked in at the bureau.  Last week, I mentioned the air-conditioning failed regularly, as well as frequently dripping from the main aircon unit’s drip tray onto the processing unit.  The humidity was also a constant pain to maintain – too dry and the paper became brittle, and that also applied to the paper tapes and punch cards, apart from the environment being hard to work in.

To overcome this, we devised our own solution:  open the doors at each end of the machine
room and have a kettle on constant boil in front of each door, so the steam helped to control the humidity, while having the doors open lessened the load on the aircon, as the back door of the machine room was usually freezing cold.

However, when the aircon and humidity were fluctuating, this also affected the hardware, especially the disk drives.  The drives spun their disks at 36,000rpm which, when you consider the weight of the disks themselves, is pretty impressive. 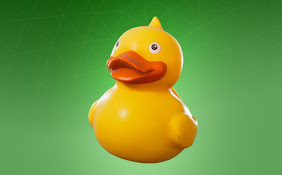 On one occasion, we heard an enormous “BANG!” in the machine room, so we looked through the glass partition between the Ops room and the machine room just in time to see the lid of one of the drive shatter as the disk, still spinning at 36,000rpm, took off through the lid, hit the ceiling and then embedded itself in the computer room door – the spindle in the drive had broken and allowed the disk to fly off.  If we’d have been nearby, it would undoubtedly have hurt.  A lot.

Another time, having spun up a disk, I returned to the Ops room desk but was disturbed to hear a screeching sound coming from one of the drives.  I investigated the sound to find that the drive lid had been filled up with curls of oxidised metal scraped from the surfaces of the multi-platter disk, still spinning but totally screwed. The head on the drive had failed and dropped onto the platters, scraping the surface as the disk was being spun. The speed of the disk was meant to lift the drive heads on a cushion of air so that no actual contact with the surface was needed, the data being transferred via the tiny air gap.  The servo on the drive had failed, causing the spin speed to drop to such a level that the heads touch the surfaces…messy.