Is THIS what we pay our taxes for? Hand me the Pepto-Bismol, somebody... 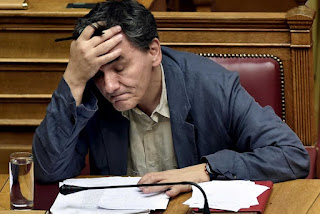 Rant time.  Again.
This time HMRC is the target of my ire.
(Takes deep breath to avoid killing keyboard, sucks thumb and blows while sucking to stimulate the vagus nerve which controls the heart rate (no, really – try it), in a vain attempt to bring it down to less than 120…)
So, as I had completed the filing of my company accounts for 2021, I decided to get the painful bit out of the way and cough up what I owed to HMRC.
I had changed my year end from 31st August to 30th September as my trading year actually began 1st October, so I thought I’d align it at the start.  This meant that I actually had TWO corporation tax bills: the first due for the period 1st September 2020 to 31st August 2021, the second for the period to 30th September 2021.
The amount due was duly paid 7th October 2021, comprising the two amounts due.
I checked the Government Gateway and there were the payments against the filed periods.
Great, I thought.  No need to worry about that any longer, I thought.
I even checked a couple of weeks ago (in February 2022) to see if there was a problem – nothing apparent.
So, today I received a letter from HMRC saying that I had overpaid the period to 31st August 2021 and attached was a cheque for the overpaid amount.
Odd, I thought.
I went back onto the account and to my surprise saw that HMRC had decided that, rather than apply the apparent overpayment (which in actual fact was a payment on account) to the period ending 30th September 2021, they now say that the amount outstanding for that period is, coincidentally, the amount on the cheque they had attached to the letter!
My business banking account is a challenger bank and it doesn't accept cheques as methods of paying into the account and only allows either funds transfer or cash payments made through a post office. While this might normally appear to be somewhat inconvenient I don't often receive cheques for my business (as I usually deal in electronic payments like Stripe, GoCardless, direct debits  etc) so that particular facility is not really an inconvenience to me. However, the only way that I'm able to get the money into my business account is for the cheque from HMRC to be cancelled and reissued my own name so that I can then transfer the money from my own personal account into the business account and then pay HMRC back the money that they shouldn't have cut the cheque for in the first place.
Talk about a waste of my time as well as highlighting the total ridiculous process is the businesses are subjected to by Her Majesty's Revenue and Customs.
What's more, because the HMRC no longer man their helplines on a Friday (today) I am unable to speak (rant? Shout? Berate?) directly with a numpty minion on the phone who, no doubt, would be of as much use as a chocolate fireguard.
After submitting the complaint there is a message on the page indicating they aim to get back to me within 15 working days.
I'm not holding my breath, as blue in the face isn't a good look for me but, in the meantime, I'm going to have to hang onto the cheque until THEY decide what THEY want to do about it, because there's nothing that I can do and I'm buggered if I'm going to be paying them twice.
Rant over.