"Has Barry been murdered?" - true tales from an ex-IT support man Episode 3

May 20, 2022
My first job in IT, as I mentioned in a previous episode of the blog, was with a bureau.  Bureaux are fast-paced, brutally mercenary environments, where the adage "time  is money" most definitely applies, the clients being charged by the quarter-hour. 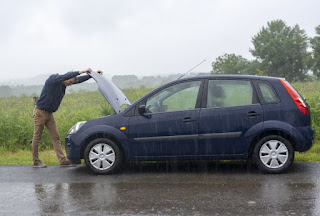 Clients included motoring recovery companies (one of the "biggies"), where we would be printing out the membership cards on that infamous ICL 1933 printer.  This was when membership cards were still on folded cardboard, before the advent of the plastic credit card style we use today.  And there were thousands of them in a run.  Thousands.  And, if the run failed in the middle of printing, we had to re-run the printout from the start.  What to do with the cards already printed?  A roaring trade of hooky cards being flogged off in the local pub to pay for beer, that's what.  I imagine that the recovery company wondered why people with addresses in Yorkshire were breaking down so often in the South of England...
One last anecdote for this episode, which will explain the title:  In the blog where I described how I got into IT, I mentioned that I had my nose altered.  That operation was the first of three: the first to replace the nasal cartilage with polythene; the second to widen the nostrils; and the third to stitch down the sides so I looked less like Porky Pig, as the first two ops had left me with a retroussé nose.  The last one was in May 1976 - just before the heat wave that year.
Two things to consider here: first, on weekends, we still worked and, if necessary, we worked alone on the shift which was technically illegal but they kept us quiet with an extra £0.50 per hour; second, the air-conditioning in the machine room, much needed because of the heat generated by the computer equipment, was always going wrong.
So, this particular Sunday I was on my own running the job for that breakdown recovery client - a seven-hour tape sort so not a backbreaker of a job, to be fair.  Most of the time I was sat outside the computer room with the occasional foray to investigate why there had been a chatter on the teletype console, usually to switch out a tape during the sort.  I heard the chatter, went through the computer room door and a wall of heat hit me - the air-con had failed and the temperature has risen to 96ºF. 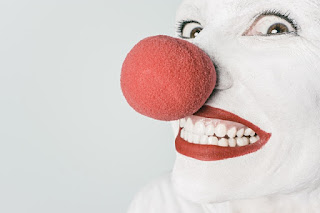 My recently "fixed" nose immediately started to bleed profusely but, as it usually stopped after a couple of minutes, I soldiered on.  I went over to the console and leaned over to see what the message was.  Sure enough, I had to change the tape.  However, my nose dripped it's claret into the console and there were some sparks and smoke, following which another chatter was printed.  I say "printed", but it was more an attempt at printing.  I'd screwed up the console.  This was not a problem from the job's perspective as I knew the sequence of tapes to be used, so I loaded up the next one on the tape units (which was at the far end of the machine room) and went back out to the Ops room, my nose still bleeding.
An hour or so later, my nose having stopped bleeding, I heard another chatter, again went through the computer room door and, again, a wall of heat hit me.  Naturally my nose resumed it's bleed.  A stream of blood on the floor: from the computer room door, to the console, to the tape rack, to the tape unit, back to the tape rack (to replace the used tape) and then back out to the Ops room.  Carnage.  After another two iterations of this, I was actually feeling very weak.  I called the Ops manager to tell him, but couldn't get hold of him on the phone (this was before mobiles) so I put the processor on hold (so as not to lose the work already done) then left him a note, covered in blood, and drove home. 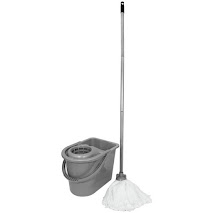 Next morning, I was off shift for three days (we ran a 12-hour x 3 days on/off pattern).  I was in bed, still feeling lousy, when the phone rang.  It was the Ops manager - my mother answered the phone.  The first words she heard were "Has Barry been murdered?" - I hadn't felt well enough to clean up the machine room floor and it must have resembled the floor of an abattoir, and my note to him was illegible due to the blood.
Ah, happy days...