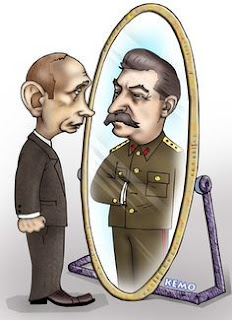 This may be controversial, but it’s my contention that the current situation in Ukraine was brought on, in no small part, by the West’s navel gazing and self-flagellation.

The shenanigans of (among many other issues) Partygate; the wokerati’s obsession with political correctness and cancel culture; the Green agenda; Biden’s totally inept actions over the withdrawal from Afghanistan and his likewise total ineptitude as Leader of the Free World: all these factors must have been contributory to emboldening sociopath Putin to believe that there was no threat from the West if he decided to invade.  It wouldn’t surprise me if Russia was actually a major financier of that odious Marxist organisation BLM – the enemy within…

The irony of his excuse for invasion speaks volumes to the self-delusional state the man works under: to say that his justification for the invasion was to rid Ukraine of the Nazis that were wreaking genocide on the people of Ukraine is ridiculous to the extreme.  Given that the incumbent president is Jewish (like one of his recent predecessors), Putin’s arguments are not only ill-informed, they’re offensive to those families who were affected by the real genocide done by the true Nazis.

Putin is just a relic of the cold war – a fish so long out of water that the rotten stench of corruption has addled his brain to the extent that he has become even more of a despot than he was before this debacle started to unfold.

The danger, of course, is that he will be pushed towards China, another bastion of democracy, but in doing so he will leave himself further exposed to having put all his eggs in one basket, as the cost of such an alliance would further weaken his own position.

Short of assassination, the only other means of solving this situation is money.  Buy off his generals (they’re not ideologues, just greedy, corrupt members of Putin’s inner circle who only understand the power of their own bank balances).  Without their support, Putin is just a lunatic baying at the moon, and vulnerable to being removed from office.

The West needs to completely ostracise Russia and all of its economic and social ties, kick all of the diplomats out of all of the embassies worldwide (what is the point of having diplomats from a country that won’t engage in diplomacy?), and especially remove Russia from the security council of the UN, permanent membership or not.

Since his less than veiled threat to nuke anyone who stands in his way, the future of humanity has been more under threat than at any time since the Bay of Pigs scenario way back in the early 60s.  And, if nothing is done to dissuade him from completely overtaking Ukraine, it is a cast iron certainty his eyes will be turning elsewhere within the states bordering Russia to undergo similar treatment.  If that, God forbid, comes to pass and he tries to annexe Poland, Estonia or Lithuania then NATO will have no choice to step up to the plate and WW3 will be inevitable.

I do so hope that, once this is over and we are (hopefully) still able to stand and be counted, the first thing to be removed from the West will be the oxygen being afforded to the wokerati and loony left