June 12, 2022
For those of you hanging on my every word (and I know that I may sound delusional, but let me have SOMETHING...) this episode deals with some sundry occurrences that happened towards the end of my time at the bureau before moving on to pastures new.  These may seem somewhat less than the norm one would expect for a professional IT outfit, even bordering on the perverted, certainly they could be considered juvenile but, hey-ho! 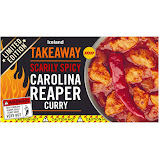 For example, I had always wondered why Brian's night-shift attire usually included faded denim jeans, down each inside leg of which were distinct brownish patches starting at the crotch and reaching halfway down the thighs. The cause of these discolourations was a source of internal discussion in my addled brain: were they ironed incorrectly? Perhaps there
may have been an incident involving a particularly volatile curry and the lack of nearby "facilities"? Eventually, the cause became clear during one night shift.
As I have mentioned (countless times) previously, there were several lulls in activity when
tape sorts were being run and all we had to do was sit outside the computer room and await the chatter of the teletype console informing us that a tape needed changing.  These lulls could stretch to over an hour during which time thumbs were there to be twiddled and, as the saying goes, idle hands do the devil's work.  Also "boys will be boys" springs to mind, the male of the species not actually maturing, from a mental development perspective, until well into their late 20s (some believe it's actually when they're 43! https://bit.ly/3GrTKep).
So, one night shift I decided to satisfy my curiosity and ask Brian what happened to his jeans.  Oddly, I thought, he just asked me to go and switch off all the lights, which I did. He then said to sit back down at the other operator's desk to which he was sitting, about 6 feet away.  Again, I complied - there was an emergency light just above our heads so I was able to navigate the ops room without breaking my leg on any of the furniture.

Suitably seated, Brian then suggested I sit back, at which point he sat back in his chair and rested his right foot on the desk while stretching out his left leg so that his legs were splayed at a 90° angle. He then struck a match (bear in mind that smoking was, at the time, still permitted in offices), held it between his legs about 6" from his crotch and then answered the call of the wild burrito.  No? Exercised the meat nozzle.  Again no?  OK, he let rip an enormous fart and sheets of blue flame travelled down each leg of his jeans, hence the scorching.
Brian then proceeded to tell me of one of his claims to fame - he had been at a party sometime earlier (he said it was in his youth, but I had doubts it was that long previous) and performed his party-piece, having decided to drop trow as he didn't want to ruin his good strides, whereupon a miscalculation on his part cause him to "blowback" and this, naturally, had unwanted, if not unforeseen consequences, a result of which was that Brian started writhing around the floor in agony.
Other partygoers were concerned for his situation and one of them suggested that they bundle Brian into the back of his (the partygoer) estate car, which they did, and then started to drive to the nearest hospital, with the tailgate open and Brian on all fours facing the front of the car while being held by two other partygoers to prevent him from falling out of the back of the vehicle. 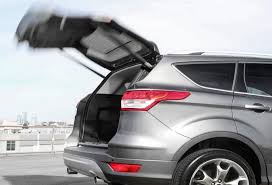 The car was driven into the car drop-off area in front of the hospital when it was realised that they didn't have a reasonable story to give when registering Brian for treatment.  An argument
then ensued between the various interested parties, during which time a staff nurse came out of the casualty department, went around to the rear of the vehicle, appraised the scene and asked "Has he been lighting his farts again?" - turns out this was a frequent, if not regular occurrence.  No what I, personally, would have classified as a claim to fame but some people's ambitions set a lower bar than mine, I guess...
You might remember in previous episodes that Brian has humiliated me on more than one occasion, usually in front of the bevvy of beauties in the punch room adjoining the computer room. OK, so "bevvy of beauties" might be gilding the lily somewhat. Most of them were BOBFOCs - "Body Off Baywatch, Face Off Crimewatch".  One of them was always turning up for work in thigh-length leather boots, which had a certain effect on Brian and, couple this with her long, bleached blonde hair that reached down her back below her waistline, was a catalyst for Brian's struggle with his naughtier side.  Let's call this person Julie, to save her embarrassment if she ever should read this. 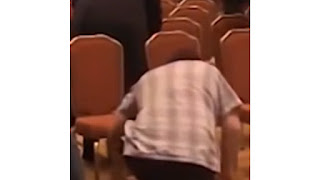 On one particular evening, around 5.30pm, the punch room emptied as usual.  After a few minutes I observed Brian run out of the ops room and then select Julie's desk/punch-station.  I had seen this several times before, so wasn't surprised to see Brian pull her chair backwards and then kneel in front of it, planting his nose into the padding of the seat and inhaling deeply.  One of his penchants, it seemed.  Normally, this passed and after a couple of minutes he'd rise, put the chair back and return to the ops room, sated.

However, on THIS evening, while he was "enjoying himself", a chap walked past the ops room windows.  I say guy - perhaps an appropriate word for anyone familiar with Guy the Gorilla from London Zoo.  This chap was built like a brick outhouse and he was the husband of the "delectable" Julie and he picked her up every evening, it transpired.  She had asked him to go into the punch-room to retrieve the handbag she had inadvertently left at her desk.  So, this man-mountain walked past the ops room and over to Julie's desk, under which Brian's body was kneeling with his nose on the seat.  Suffice to say, Julie's old man was less than impressed with what he saw.
All I will finish with is that he looked like a puppet with arms flailing around as Julie's hubby meted out a suitably violent lesson to Brian on how not to behave in the workplace.  To Brian's credit, all he did was take the beating and then, once the lesson was complete and the teacher having returned to his wife, Brian just dusted himself down, went to the washroom to clean himself up (I never asked if underwear was changed) and then he returned to the ops
room looking somewhat dishevelled and subdued.  Didn't say a word, just returned to the work.
I guess I could have knocked on the punch-room window to warn Brian of his impending doom, but revenge IS a dish best served cold...